48 replies to this topic

Same with Vancouver 2010... one of the 4 big arms (tubes) that came out of the floor to light the flame didn't come up and had to be started manually. I was struck by how similar the Russian opening ceremonies were to Vancouver's - people flying through the air and video on the floor etc - but found out the same group of Canadians designed both so no surprise (other than the fact Russia out spent us 1000X). Such corruption.

I have a 60' plasma TV this year and wow do the Olympics look fabulous. CBC and NBC cameras are so good.

I'm lovin' the 60" too! Really makes a difference. I loved Canada's coats this year.

My fav so far for this entire event!!!!

Bilodeau has my heart! I miss you Bandit.

The silver medal in 1000m speed skating by Canada's Denny Morrison will go down in Canadian Olympic lore and maybe more judging by the tweet universe lol. Young skater Gilmore Junio had a sense that his team mate, who qualified for team event but not the individuals after a string of terrible events the past 2 years, had a better chance than him in the 1000m which he qualified 10th for. 31 year old (cutey) Denny Morrison went on to post his best time by a mile ever in an event he didn't even qualify with only a few hours notice. The after event interview with the two on Canadian TV was impossible not to tear up over.

Wish I could've seen that. Maybe it'll post online too.

Sexy sports add from Norway just in time for the Olympics


My mind is software; I will reprogram it.
My body is a shell; I will modify it.
Death is a disease; I will cure it.
Extinction is ever-looming; I will fight it.

Sexy sports add from Norway just in time for the Olympics

Those midwives to history put on their bloody robes 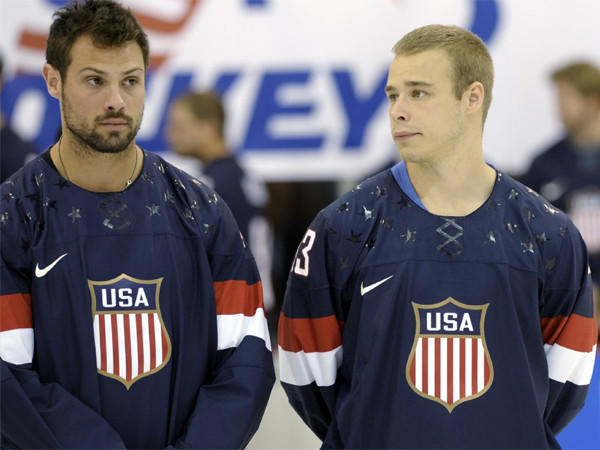 The front of the TV Guide has a pic of three of the American mens' hockey team on it. I forget who the other two are, I just love staring at Zach Parise!

Back to The Kitchen Table